The Loews Royal Pacific Resort is located at 6300 Hollywood Way in Orlando.  The hotel is part of Universal’s on-site premium hotel options.  What enticed us to visit this specific hotel was the perks offered when visiting Universal Studios.  Specifically, the current promotion offered is for Universal Studios visitors to receive early admission to the parks and free Universal Express Unlimited Passes for all hotel guests.  Also, the close proximity to Universal and free water taxi transportation allowed us to be prepared to visit the park bright and early the next day.

For three people, purchasing the unlimited express passes would be about $420.  The price of the room, for three people, at the premium resort, without taxes, was about $460.  As you can see, for about $40 more, we were able to enjoy a night at the premium hotel and still reap benefits for the next day’s ventures to Universal Orlando.  Not a bad deal!

Our first impression, as well as the most lasting impression in our visit to Loews Royal Pacific Resort, was their South seas paradise theme.  Let’s be honest; when most hotels and resorts advertise an ambiance and theme, their activities and efforts to sustain the theme are all too often halfhearted at best.  However, for this particular hotel, the aura and essence of the South Sea tropics were present just about everywhere you looked.  Whether it be the elephant fountains in their main courtyard, tropical plants throughout the hotel property, or totems and other statuettes located in the halls and courtyards of the facility, in other words, the hotel left no stone unturned in its efforts to continually support the tropics theme throughout.

From a business perspective:  Loews Royal Pacific’s efforts to fully immerse visitors in their southern tropics theme should pay dividends for the company not only during visitors’ current visit but also for future visits as well.  In regards to the current visit, guests are actually getting more than what they’re paid for.  For example, on my wife and I’s excursion to the hotel, not only was visiting the hotel an excellent opportunity for a business perspective article, but it also provided us with convenient access to Universal Studios.  The unexpected immersion into the hotel’s ambiance was a pleasant and unexpected surprise.  As for future visits, the immersion experience, which people seldom encounter, will lead to loyal customers as well as raving fans.

On a final note, as business owners, we should remember that visitors pay attention to more than just our services provided but also the experience for which they receive the services.

Room for the Night

The hotel room for the night was a two-queen bed suite.  The décor in the room was modern yet with a Pacific South seas flare.  Unfortunately, if there was a drawback to our visit, it was definitely the room itself.  Not only were there no balcony rooms available for our stay, but the hotel did not have any balcony rooms at all that I could see.  For the claustrophobic, this is a definite drawback.  Further, the comfort of their beds was nothing to write home about either.  A hotel with mediocre bedding... not a good foundation.

From a business perspective:  If your business is a pizzeria, you better make good pizza.  If you are a mechanic, you better be able to fix a car.  And if you’re a hotel, you just gotta have comfortable beds to sleep in.  Loews did so many things right with its ambiance, proximity to Universal Studios, and fantastic cuisines offered.  But they fell on their face for the most basic of hotel services, which is bedding.  In my opinion, ya got to do the simple stuff right, always.  It should be the first rule of business, in my opinion.

For our evening dining selection, we chose sushi as a preferred dish, and what better restaurant to serve up this dish than the Orchid Court Lounge & Sushi Bar, which is one of three restaurants located in the Loews Royal Pacific Resort.

The Orchid Court Lounge & Sushi Bar does prefer reservations to be made, and we did so through Resy Reservations.  Using this app was quite easy and allowed for differentiation between the lounge and dining area.  In our initial selection, we decided to dine in the lounge area at about 6 o’clock.  However, with traffic and other delays, we were running about 30 minutes late, so we utilized the app again and pushed our reservation to 7 PM – done without a hitch!

Once we arrived at the restaurant, we were seated almost immediately on a comfortable sofa with a low living room sofa table as a dining platform.  As you can imagine, this was not going to suffice for a memorable dining experience.  As such, we quickly requested to be transferred to the dining area, which was done forthwith.

Our appetizers included Tuna Tartare and Miso Soup.  The Miso Soup was full of flavor and served piping hot.  As for the tuna tartare, it was a bit mayonnaisee for our taste, which overpowered the tuna flavor.  A little bit disappointing.

Of all the rolls we enjoyed, the most delectable was the sweet potato roll.  Who would have thunk… sweet potato on a sushi menu.  The runner-up was the crab Rangoon roll.  All entrées were fresh, tasty, and prepared extraordinarily.  Without a doubt, overall, it was a great dining experience.  As for drinks, the restaurant knocked it out of the park with their mango mai tai.  Not only was the taste exquisite, but the portion of alcohol included was just right.  Not too much and not too late.  Just right. 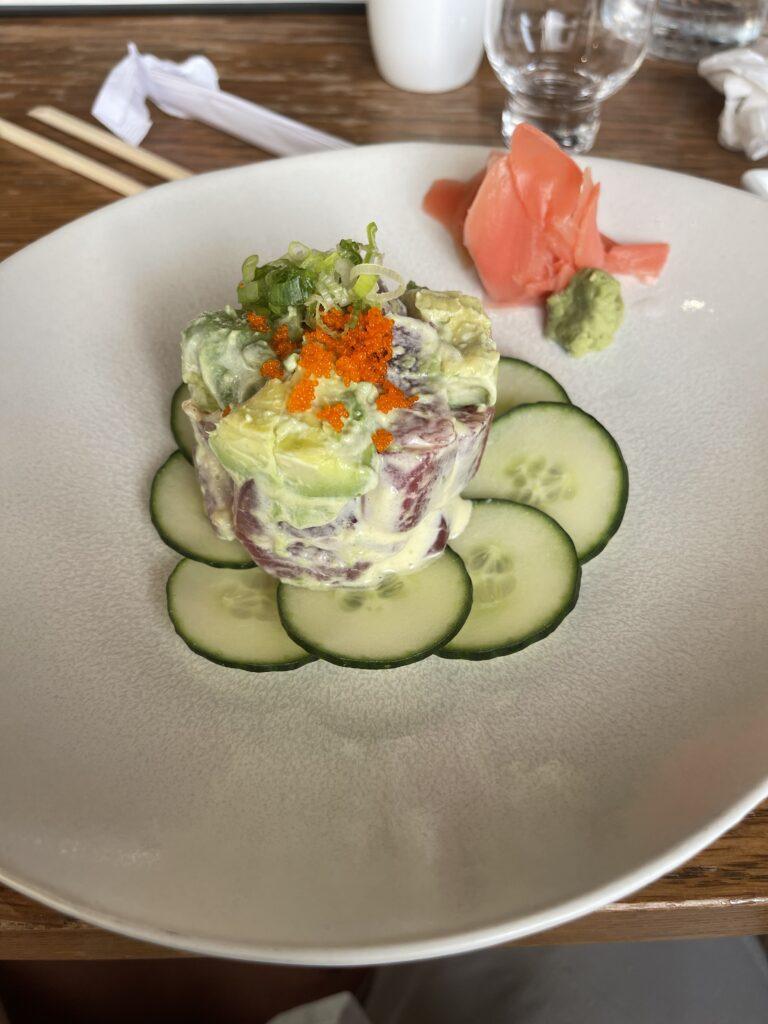 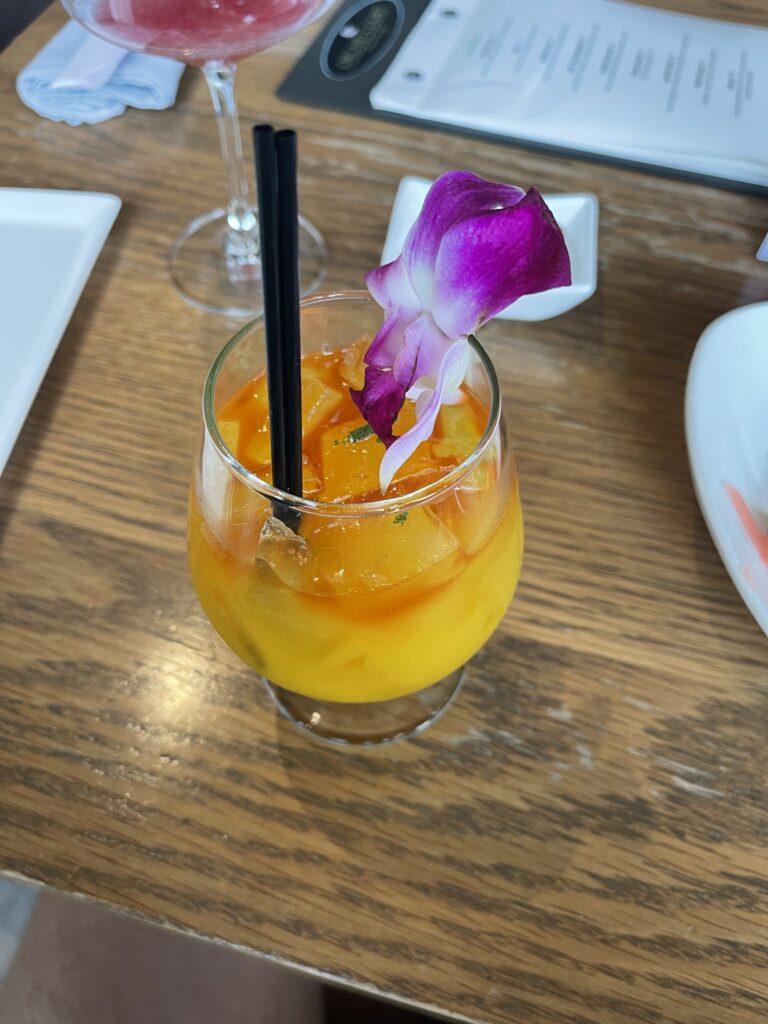 Overall, our trip to Loews Royal Pacific Resort was extraordinary.  Overall, we spent approximately $800 on the business perspectives venture.   The lion’s share of the money went to the hotel room.  The highlight of the trip was definitely our visit to Orchid Court Lounge & Sushi Bar.  As for the hotel itself, it ambiance was amazing!  The bedding, not so much.

Business Perspective: Mariner of the Seas